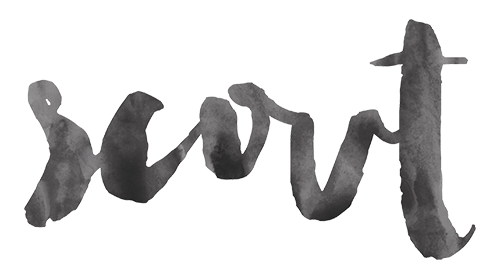 Nicole Martin started in the industry in 1986, leaving school at the young age of 16 to become a “hairdresser extraordinaire”. Starting work in the highly regarded salon ‘John Adams’ under the guidance of highly respected hairdresser Andrea Connelly.

Although loving her time spent there with Andrea, (still one of her favourite people in the industry), it was time for a change. Nicole's next stop was at the highly acclaimed John Adams salon group, where at the time, the best of the best hairdressers where working their magic.

This is exactly what Nicole needed. Getting her out of her comfort zone working in a completely different environment with so many influential hairdressers, that would later on be considered & respected by many as icons in the industry.

After years of working with the John Adams team, it was once again time to see what else was out there… Nicole’s next step was Jacques Dessange, a french company (that was brought to Australia by Margaret Williams) It had already dominated Europe & had now decided to test Australia, everything was new again, getting re-educated the Jacques Dessange way. This took some time, but like all things that are exciting, time flew. Before she knew it, she found herself, she finally felt that she was right where she was destined to be in her life & career, surrounding herself with true artists & friends for life.

Nicole loves her clients & considers most of them good friends. Outside of work Nicole is creature of habit, who loves the simple things in life. She loves nothing more than doing some form of fitness, having a massage, showering, exfoliating & getting a spray tan, watching the crime channel, DrPhil, Judge Judy or getting stuck into a good book and as often as possible spending time together with her daughter, Ava, (husband) Matt & (her dog) Blu down at Coogee. Matt entered the hairdressing world later at the age of 22, however, he started cutting hair at the age of 16. Armed with a pair of clippers that he bought off the local barber, he gave himself & his mates some of their most memorable haircuts & still talked about today.

Growing up in Cronulla, he knew that he would need to look towards the city to find the level of hairdressing he was up for - the best! His first opportunity came at the award winning salon THE CUT ABOVE (formerly Jacques Dessange).

The first person that he ever spoke to was a beautiful woman named Nicole. He knew at that moment, he was way out of his depth, which excited him as it’s when Matt excels the most. Over the next 12 months Matt got to learn a lot about love, how a salon of that calibre operates & how to treat clients. Not long after his first year there, Nicole & Matt thought it would be wise that if their relationship was going to work he needed to find another salon to work in. As usual, Nicole was right.

Matt had looked into a few of the other accomplished salons in the surrounding areas & decided that ‘Blonde Brunettes & Redheads’ (BBR - a colouring specilaist salon) in Surry Hills, would be the best place to get the level of training that he felt he deserved & desired. BBR was owned & operated by hair colourist/genius Alyson Schoer. Alyson was a vital part of creating the highly acclaimed colouring system that has made VIDAL SASSOON the company they are today.

Over the next three years he would get to work along side Alyson & other great colourists, working constantly on the techniques that had been passed down to him. Matt finished his apprenticeship at BBR and after getting married to the woman of his dreams Nicole, & completing Alyson Schoers precise colouring training system left to take on the missing part of his puzzle, hair cutting training...

He did not hesitate to give TONI&GUY a call as he had been a fan of their work for quite some time. After completing TONI&GUY’s international 6 week vardering module he was ready to take on the world with scissors in hand. Over the next three years Matt squeezed every thing he could out of TONI&GUY, taking part in fashion week, independent shows at the opera house, education at the TONI&GUY academy, being a part of the TONI&GUY presentations at hair expo events, helping to train the up & coming apprentices & building a solid clientele.

Matt has been nominated and finalist for various Australian photographic competitions over the last 15 years. Matt is a creative - whether it be hair, architecture, fashion or art. He's up for anything, from a simple classic bob (one of his fave’s) or a pastel coloured, asymmetric pixie crop. He loves that he makes people feel good & gets to do something creative as well. He also feels that he gets so much from his clients with great chats about parenting, marriage, fashion, fitness, food, architecture & more. He feels it's made him overall a more conscious & better person.

When Matt's not at work, he loves EVERYTHING & tries to squeeze every minute out of the day.

Loves... traveling, surfing, ashtanga yoga, martial arts & spending as much time hanging with the family as possible. Given the opportunity Matt will slip back into the mindset of a 6yr old boy again, playing with Ava, because being 6 is the best!

Dislikes...inconsiderate people & that there is only 1440 minutes in a day as he wants to live forever. Sae was born in Japan but at 15 she moved to Australia to finish her schooling. Sae also started her career at "The Cut above" in Paddington. Sae loves to travel & has seen a lot of the world. She has been part of Scout from the start.

Sae is practicly part of our family, we love her dearly, as does everybody that meets her. Sae has two children (that are amazing). She has a calm and precise way about her, Everything has to be PERFECT (so Japanese, we love it). She is extremely creative and loves her job which is reflected in her work & her adoring clientele.

We are lucky to have someone with her skillset and energy with us. It keeps the salon, as any client would tell you, Zen. Blu is Ava’s little sister. She is a weekly washed, groomed & well trained whippet that is a peaceful part of Scout. Blu is 4 years old & has most clients in awe. She has a calm & placid nature, sleeps around 20hrs a day with most clients & there kids wondering if she is actually real.

When choosing blu, we knew that we needed a dog that, gives clients space, doesn't smell, doesn't bark, drops minimal hair, has a calm & gentle demeanour.

Loves... Ava, food droppings, showing off her speed in the park, sitting in the sun & sleeping.

Dislikes... Aggressive people or dogs, bath time, pedicures & that she cant open doors her self.